Surviving a kamikaze attack on the USS Maryland

Larry Sinatra was fresh out of high school when he was drafted into the US Navy in 1944. Not long after completing boot camp, he set sail on the USS Maryland — and directly into the dangerous waters of the Pacific.

Today Larry is 90 years old, but memories of his Navy days are clear as a bell. For his 9-year-old-granddaughter, World War II is a history lesson to be studied on Pearl Harbor Day or in a future high school course. For Larry, it was a lived experience aboard a battleship. "I wanted to write a book for my grandchildren so they could know what World War II and the Korean War were really like," he says.

To get that job done, Larry worked with StoryTerrace to record all of his memories of life in the Navy. The result is a hardbound book that Larry has shared with his whole family, complete with pictures that bring his stories to life. 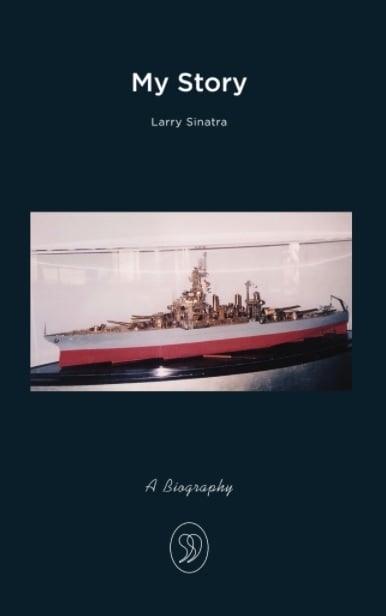 Larry turned 18 in October of 1943, and he knew he was destined to serve. When he was drafted, he was still a senior in high school. "I went down to the draft board and told them that I would love to graduate high school," he recalls. Even though he was of age, his request to earn his diploma was granted. As soon as he completed his studies, Larry was drummed into the Navy. 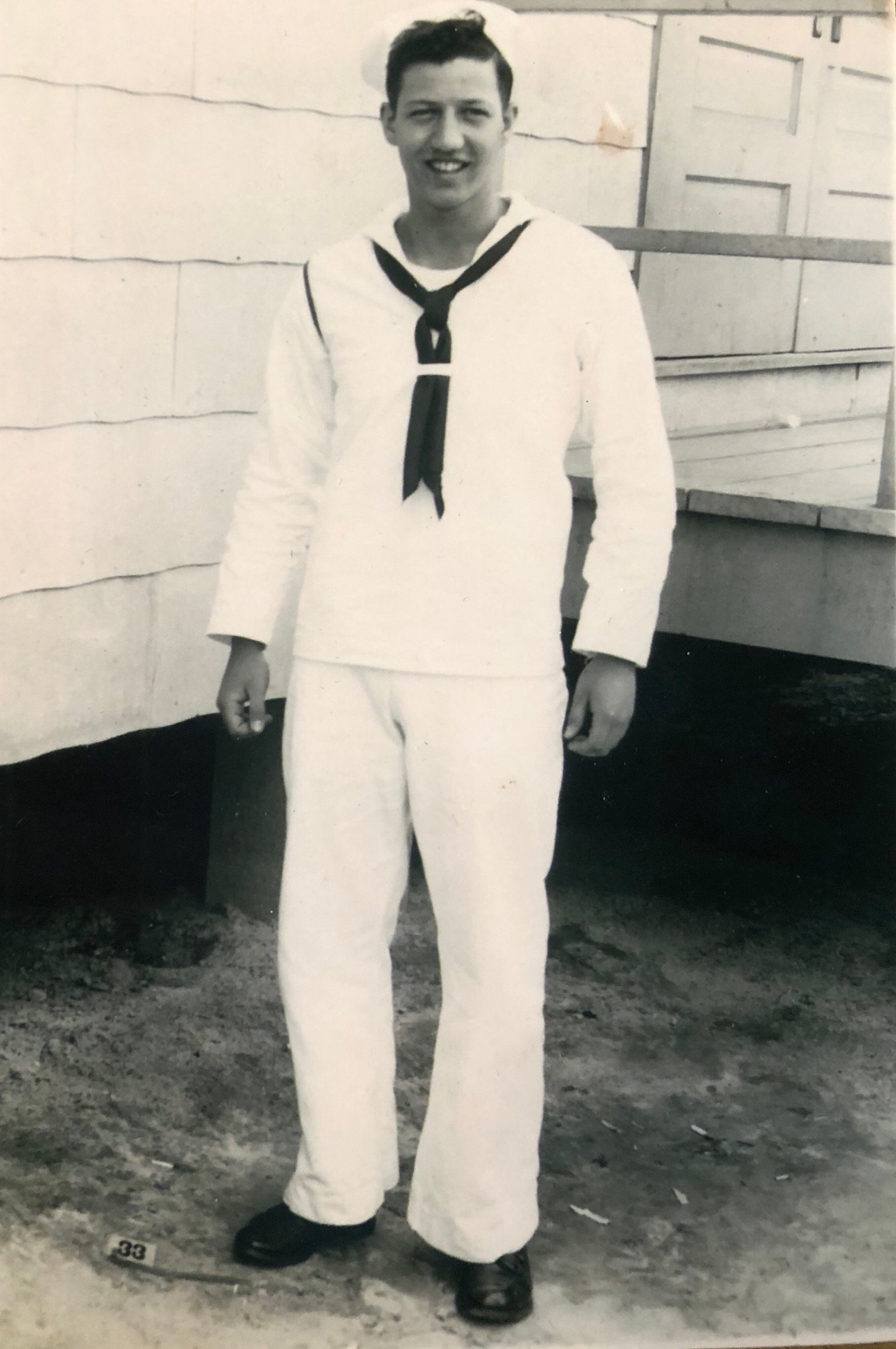 Still a teenager in his new Navy uniform

By the spring of 1944, Larry had made it through boot camp and was sent to Gulfport, Mississippi to train as an engineer. His first assignment was on a troop transport ship that carried sailors from California to Hawaii. Later, aboard the USS Maryland, he worked the feed pumps that kept fuel oil flowing to the boilers to power the engines — a job that required plenty of vigilance to monitor all the pressure gauges. 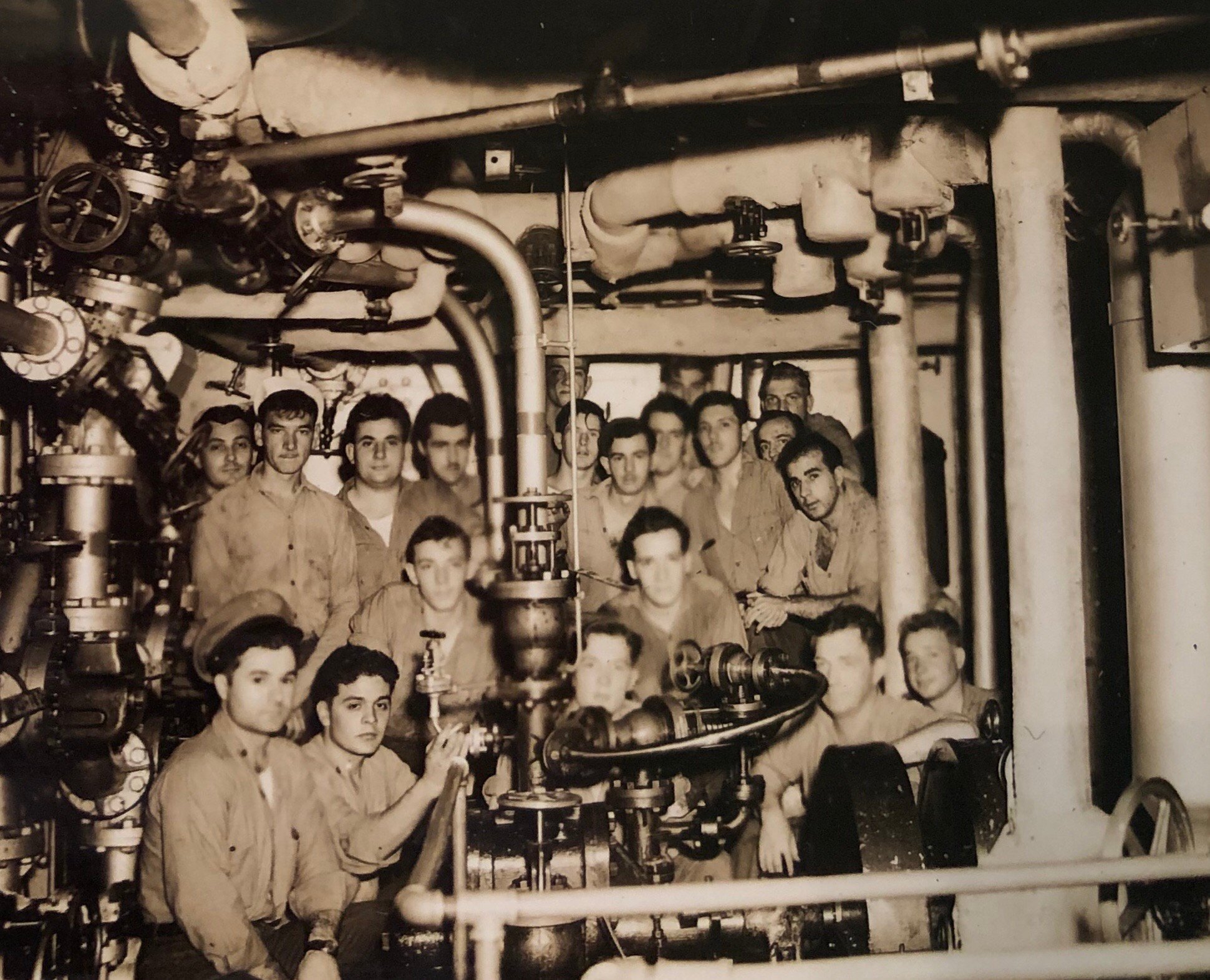 Larry and his crew in the feed pump room

After a few months aboard the Maryland, Larry fell ill. He was sent to the sick bay aboard ship, where he was fed through an IV for a whole week. On the morning of November 29, 1944, the doctor in charge declared Larry recovered and released him back to his quarters. Larry was packing up his things when the General Quarters alarm rang out. Knowing he wouldn’t have time to run all the way back to his post before the watertight hatches were sealed, Larry decided to hunker down in the sick bay until the alarm was over.

Then the explosion hit.

A kamikaze carrying a 500-pound bomb had crashed into the ship between gun turret #1 and #2. Larry describes the moment of impact in his book:

"I was thrown across the deck and into the bulkhead on the other side of the sick bay. Then I hit the deck and remained there, unconscious in a destroyed sick bay full of muck and oil. Around me, the handful of people who survived the blast
were trying to open either of the hatches that could lead them out of sick bay, but they were both jammed up from the debris. There were close to 30 people in the sick bay when the explosion took place and a handful of people—
me included—were the only ones to survive." 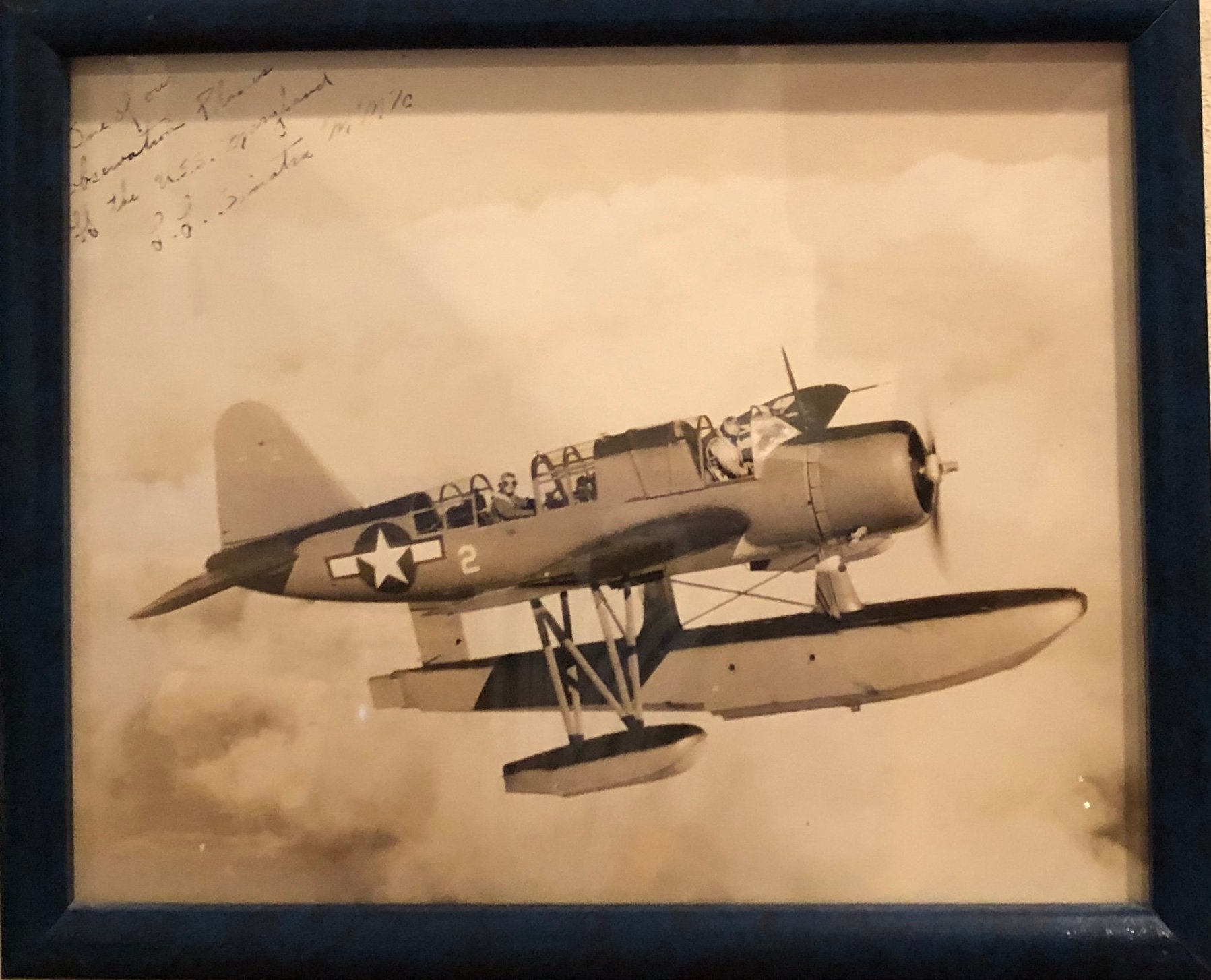 Larry, knocked unconscious by the blast, was rescued by a fellow sailor searching the wreckage for survivors. When he was brought topside and came to, his face felt so hot that he was sure it had been blown off. After desperately feeling around for his eyes and nose, he realized with relief that his face was still intact.

After the attack, Larry spent three months recovering from his injuries aboard a hospital ship. When he was finally well, he was awarded the Purple Heart. 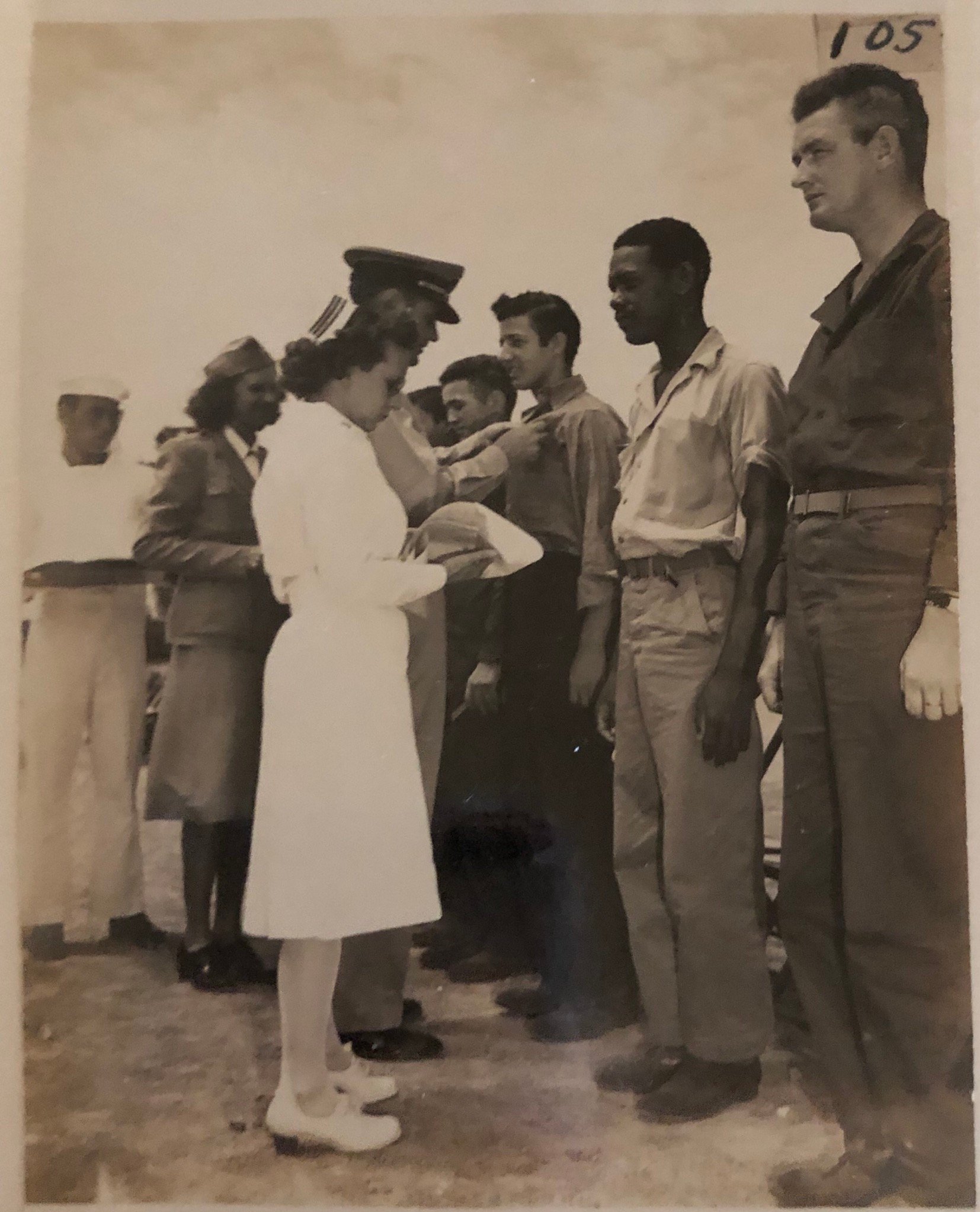 Larry receiving his Purple Heart after surviving the kamikaze attack

It’s easy to think of war as just a series of battles, but talking to Larry about his time in the Navy made it clear that the big events that make the history books are only part of the story. Larry’s memories also include plenty of fun times on shore leave with friends, and he even sang me a song that he still knew by heart:

The coffee in the navy, they say it’s mighty fine

It’s good for cuts and bruises and tastes like iodine

I don’t want no more of this Navy life

Gee but I want to go home! 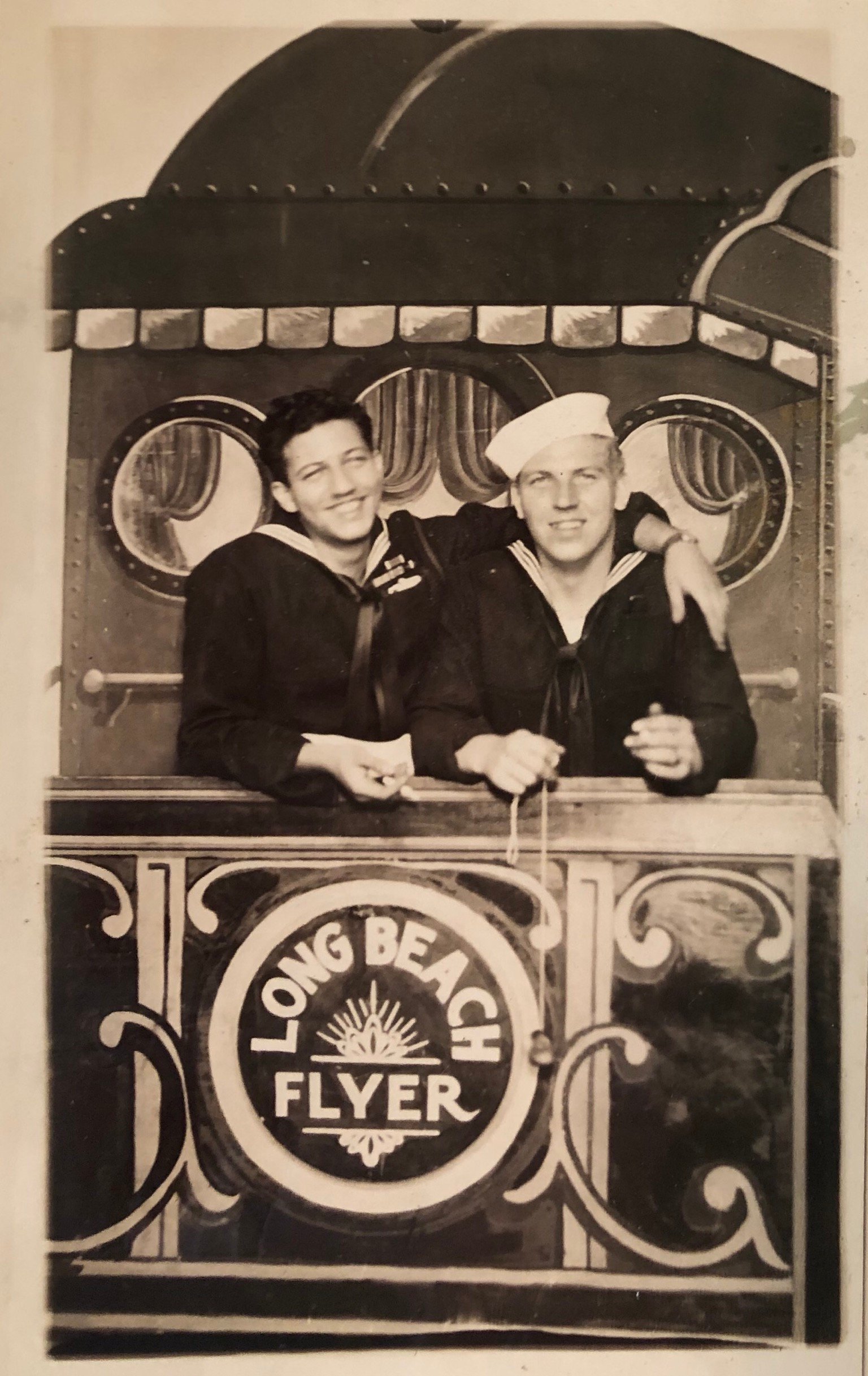 Larry on shore leave with a friend, after having gotten "just a little tipsy"

Speaking to Larry about his war stories was truly a delight. My own grandfather served in the South Pacific as a Seabee, but I was too young when he died to have heard all of his stories — many of which are now lost. Larry’s granddaughter is lucky indeed to have a full account of his time serving his country at its hour of greatest need.

Did you or  loved one live through an important historical event? StoryTerrace can help capture those memories for posterity in a beautiful book.

To learn more about how it all works, get in touch today. You can also sign up for our newsletter to read more real-life stories about history as it was lived. 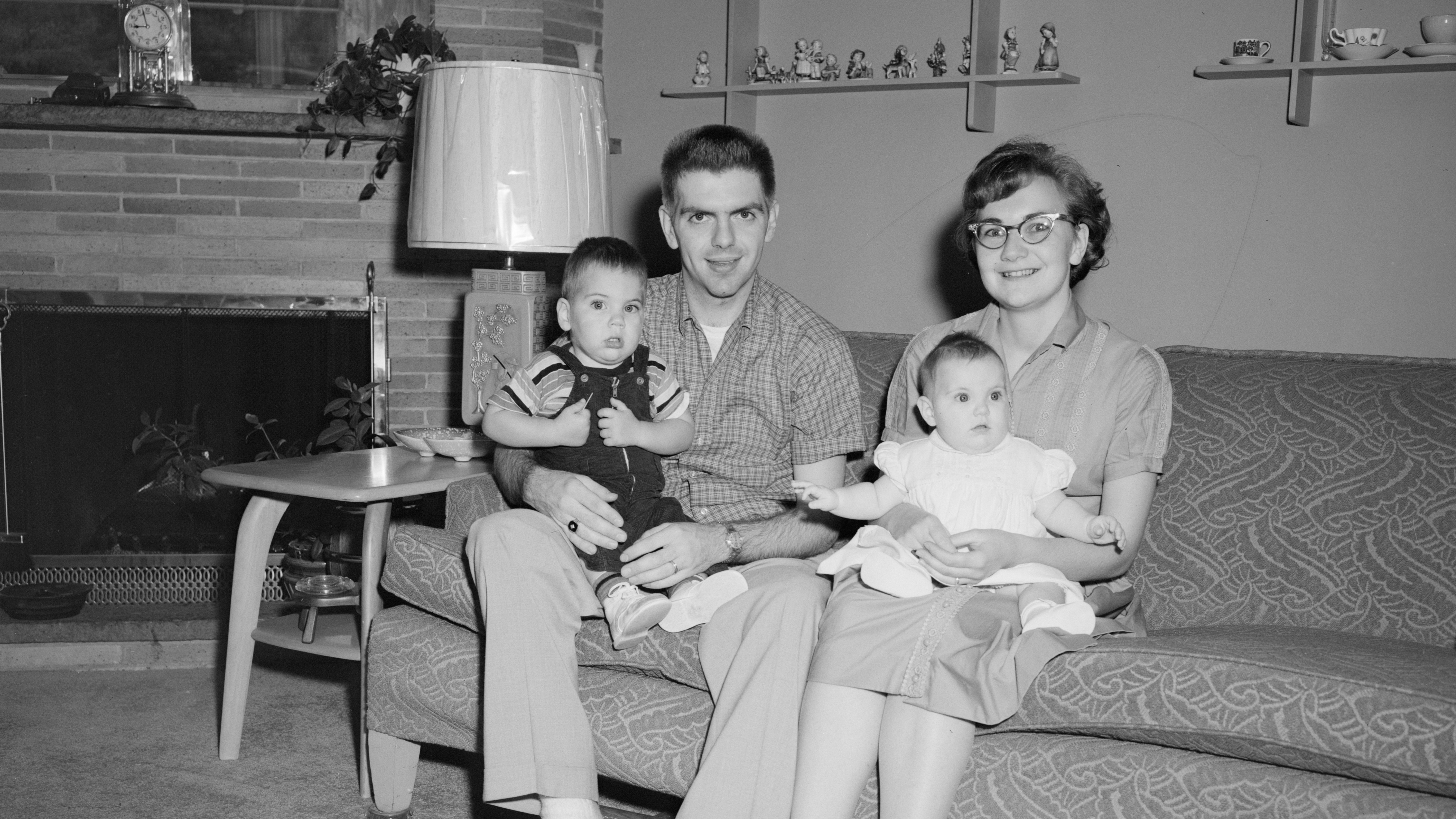 What Stories Do Americans Most Want to Tell?

Do you wish you knew more about your family history? Not jus... 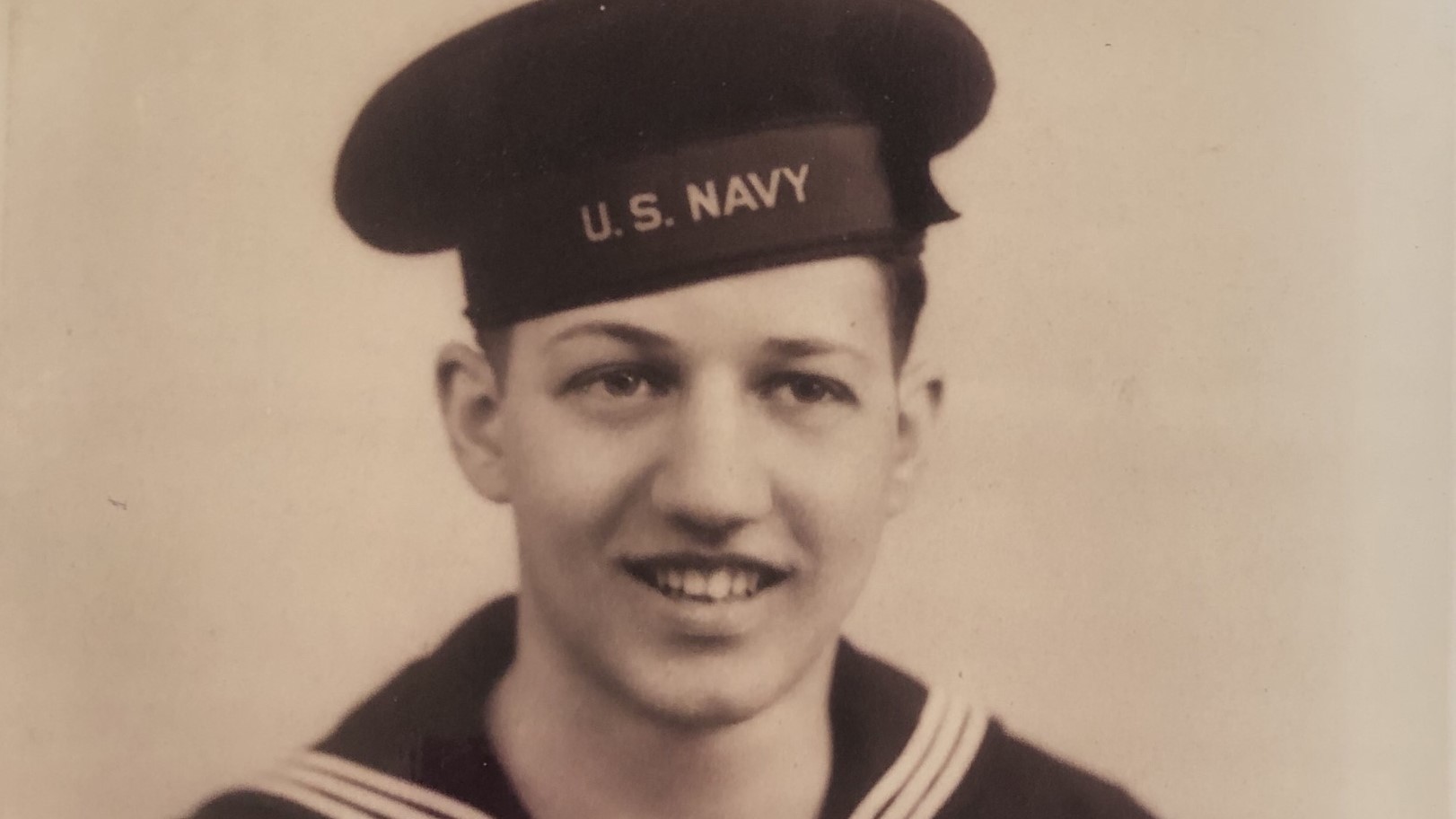 Larry Sinatra was fresh out of high school when he was draft...