Meet "The Bunny": An Interview With Father William Fulco

Go down the rabbit hole with our Book of the Month

You can't pick up a copy of "The Bunny" without immediately wanting to know more. If a picture's worth a thousand words, then the ones here are all questions.  At the top of the list: Who is Father William Fulco, and why is he wearing a bunny suit?

It was recently my pleasure to get to know The Bunny himself. Father Fulco spoke to me over the phone from his home in California to talk about his experience writing his autobiography and to share some stories from the finished book. 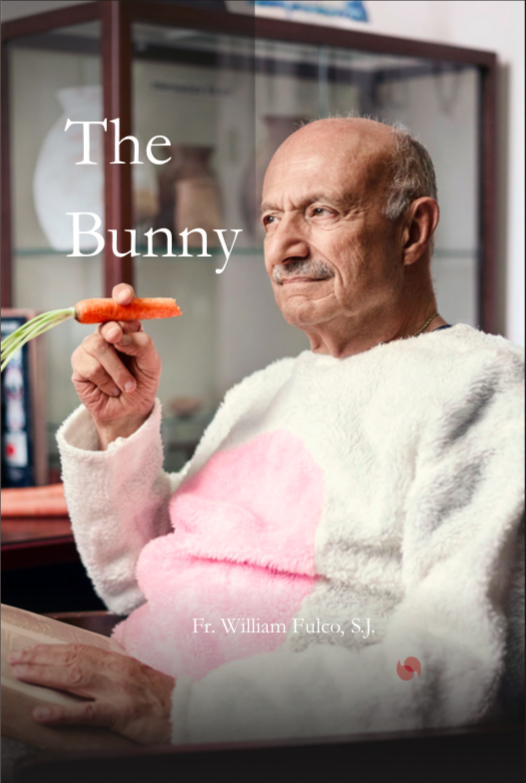 A Gift From Many Brothers

Father Fulco is a professor of archaeology at Loyola Marymount University in Los Angeles. For the past two decades, he has also served as the faculty moderator for the Sigma Phi Epsilon fraternity there. The brothers, including Father Fulco, are all incredibly close, maintaining their bonds long after members graduate and head off to jobs, marriages, and fatherhood. 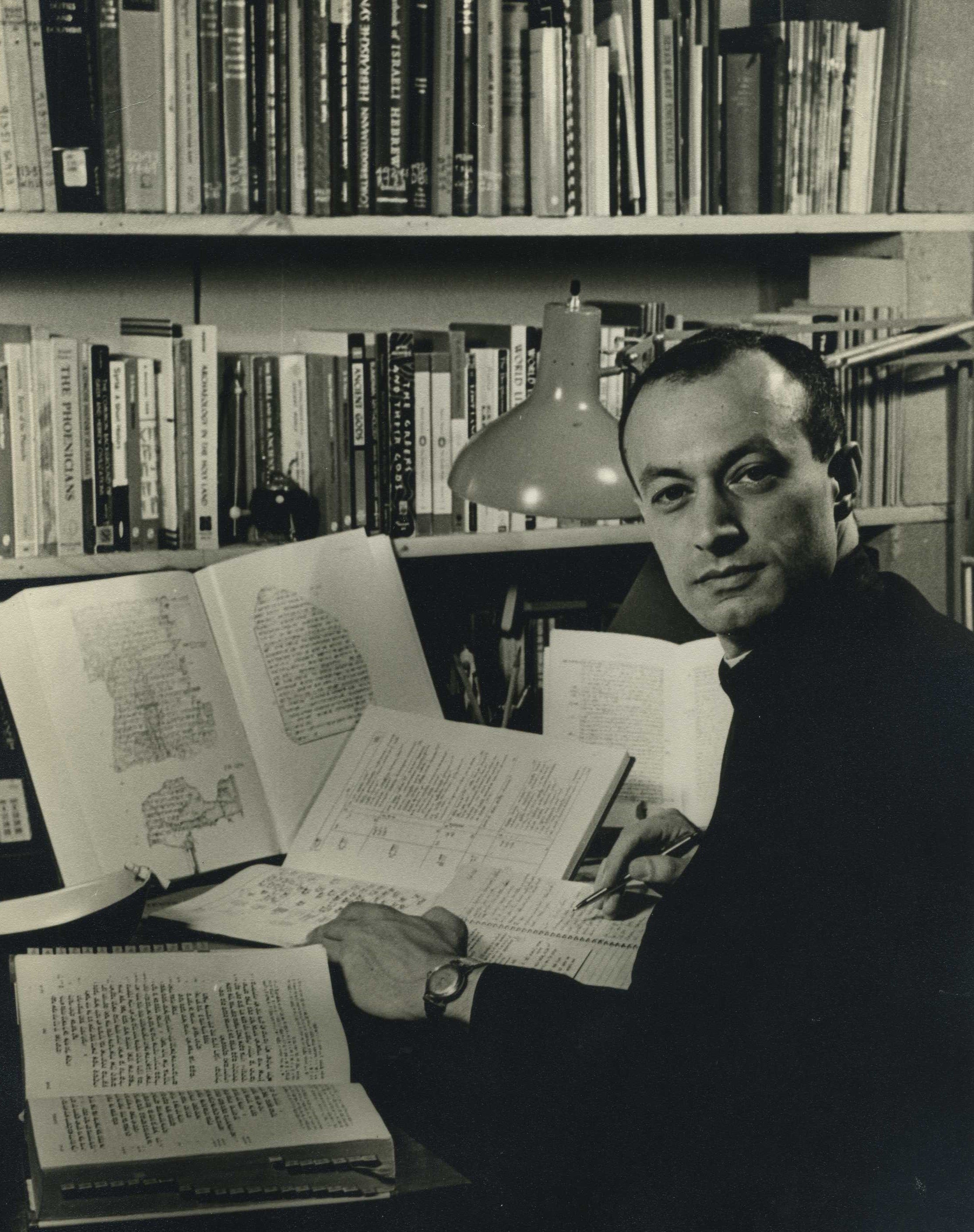 Fraternity members wanted to honor their "Renaissance Brother," so they got together and raised money for the Story Terrace project. Though originally intended as a gift, the book quickly grew into a project meant for the whole fraternity to enjoy. "They knew that the autobiography would be very much intertwined with who they are and their own experiences," Father Fulco explained.

"I was very fortunate that he and I very quickly became good friends. His approach was so empathetic that it made me very willing to be honest."

"The Bunny" is written in Father Fulco's own voice as a first-person autobiography. When I asked what it was like to trust someone else to speak for him, Father Fulco replied, "He understood me so well that in rereading the book, I can't tell the difference between the parts that are direct quotations or his interpretation of what I said."

In addition to Father Fulco's wit and wisdom, the book is also filled with incredible photographs. Here are some of my favorites — and the stories behind them.

Stuck in the Middle

Father Fulco (center), with his sister Yvonne and brother Armand, circa 1938.

Father Fulco is the youngest of three siblings, but he has sympathy for his sister Yvonne, who grew up wedged between two mischievous brothers. "Any sister in that kind of circumstance is going to suffer," he chuckled. Once, he and his brother Armand tied her to the basketball post like Joan of Arc, gathered some brush, and lit a fire at her feet. A friendly neighbor put out the fire with a hose. "I think she secretly loved the attention," he said, after assuring me that Yvonne was never in any real danger.

Click below to LISTEN to Father Fulco read more about his sister from his book: 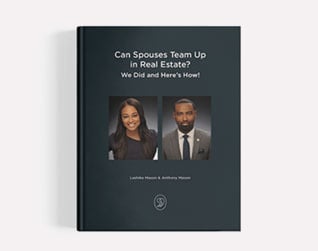 Father Fulco and his date at the Mocambo Nightclub in Hollywood, CA, 1953.

A self-described troublemaker, Father Fulco loved high school and was active in drama and track. When he was a junior, he was called upon to escort the daughter of one of his father's colleagues on a date. She was a sophisticated junior in college, so he posed as a UCLA student and took her to the Mocambo Nightclub in Hollywood. "I think I pulled it off," he laughed. 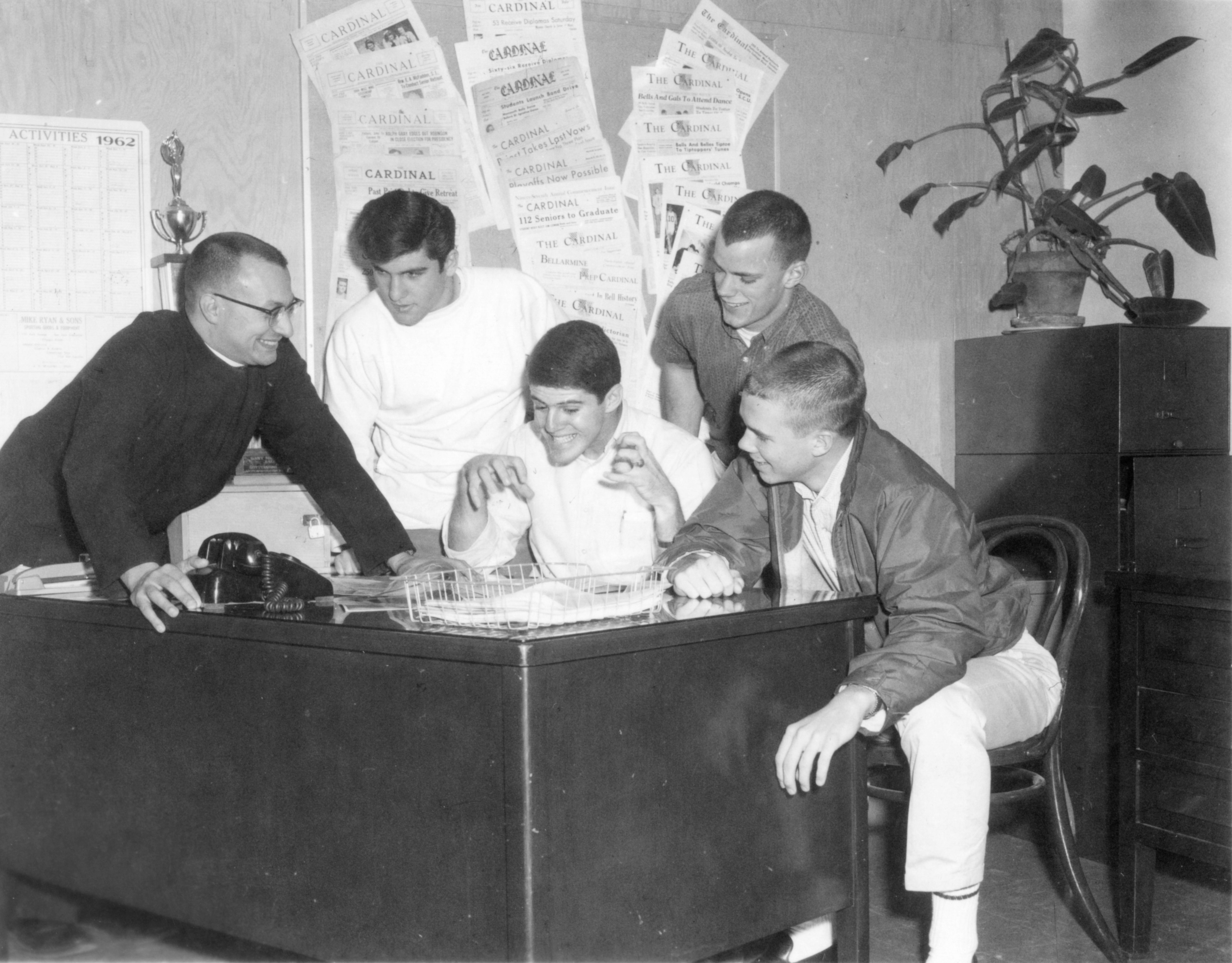 Jesuit tradition requires new priests to teach high school for two to three years before enrolling in graduate studies. Father Fulco taught at Bellarmine Prep in San José, where he was also the moderator for the school newspaper. "I still keep in contact with three of the four boys in this picture, even 60 years later." 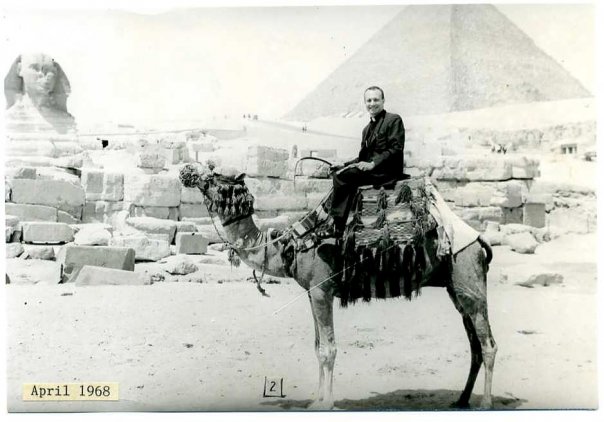 In his academic work, Father Fulco has been back and forth to Jordan, Israel, Egypt, Syria, and Lebanon over 100 times. An expert on near-eastern languages, he is particularly fascinated by the dialect spoken in Cairo. "This was my first trip to Egypt," he said. "Imagine being on a camel in the desert in clerical clothes! Things were so much more formal in 1968." 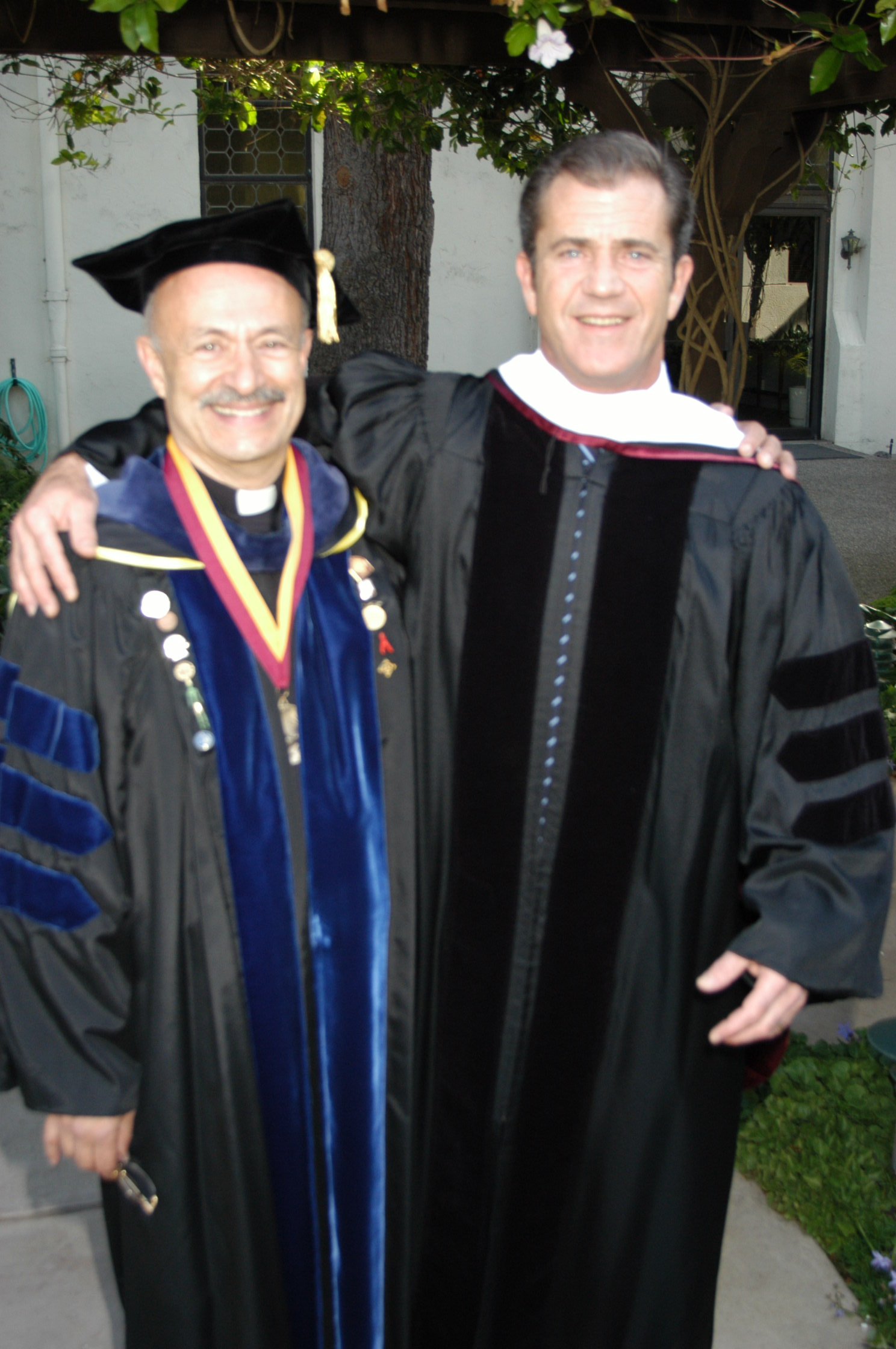 Academic life has led to many interesting projects for Father Fulco. In addition to his extensive travels, he also received a request to work on the 2004 film "The Passion of the Christ." After Yale professors turned the project down, the production crew found that Father Fulco was a local expert on Aramaic.

Father Fulco was in Jerusalem when his cellphone lit up with a call from the States. Curious, he picked up right away.

"Hey, Padre. It's Mel," came the rugged voice from the other side of the world.

"Mel who?" Father Fulco was definitely not expecting Gibson. But once the actor explained the project, Father Fulco couldn't resist. He helped with the Aramaic and Latin and also served as the biblical advisor for the film.

Father Fulco now counts Mel Gibson as a friend, and they are working on prospective projects together.

Though he often jokes about his quest for fame, it's clear that Father Fulco's great passion is teaching. His beloved fraternity brothers have "The Bunny" to keep the words of their mentor close to their hearts, and a 12-step recovery program in Arizona has asked to distribute copies to group members for inspiration. Father Fulco is very pleased to know that his words could help others on their personal journeys.

And about that bunny suit? "I am somewhat notorious for having my power animal. My totem is the bunny," Father Fulco laughed. "The picture itself was from another book done by a senior at the university. He did biographies of Jesuit priests on faculty and did beautiful photography. When I got there for my interview, he said, 'Here, put this on.' It was a surprise, but everyone loved it."

If you’re ready to capture your story, Story Terrace can help. Contact us to schedule a free consultation, or sign up for our newsletter to stay up to date on the power of storytelling.